We're a friendly team of vets, nurses and support staff

Veterinary surgeons have undertaken five or six years of intensive study at university and in practical settings, leading to their veterinary qualification. They must be Members of the Royal College of Veterinary Surgeons (MRCVS) to practice legally in the UK, and are the only members of the team permitted to make diagnoses and prescribe treatment.

Our Veterinary Nurses will look after your pet during surgical and medical procedures, and can provide advice on many aspects of your pet’s care.

Our admin staff have experience in the veterinary field, and will be able to direct your query to the most appropriate person. They wear polo shirts.

Derek is the owner of the practice. He graduated from the Royal Veterinary College, London in 1979 and spent the next seven years in mixed practice in Somerset, South Devon and North Wales. He joined Richard Griffiths at this practice in 1986, becoming a partner the following year. In 2013 he took over sole ownership when Richard retired.

Derek's many interests in the veterinary field include surgery, cardiology and ultrasonography. He holds a Royal College of Veterinary Surgeons Certificate in Sheep Health & Production, and scans sheep and goats for pregnancy. Two boisterous Springer Spaniels keep him busy outside surgery hours. 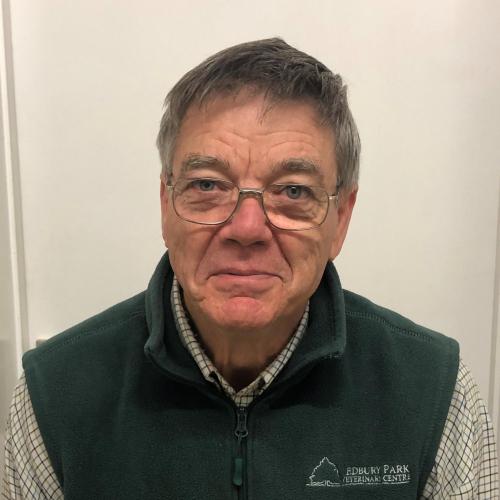 Jenny has had a wide variety of experience from small village practices to large hospital settings, since qualifying from Glasgow in 1997. Jenny was originally a locum vet, but is now a permanent member of staff. Outside of work, Jenny enjoys cooking, baking and spending time with her two children. Jenny  is our Cat Advocate. 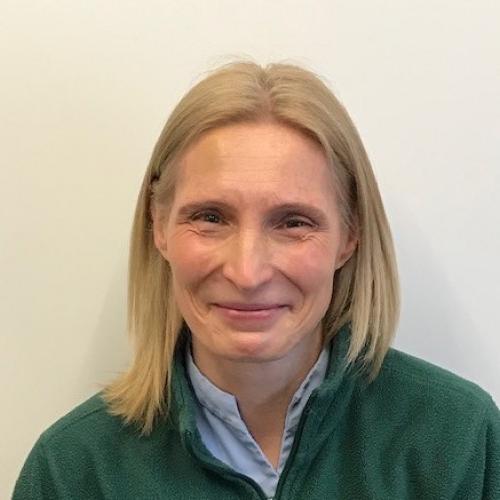 Pippa has worked locally as a mixed and small animal vet since graduating. Outside of work Pippa enjoys taking part in triathlons across the country and spending time outside with her dog Prue and horses. She is currently undertaking a Physiotherapy MSc in her spare time with the University of Nottingham. 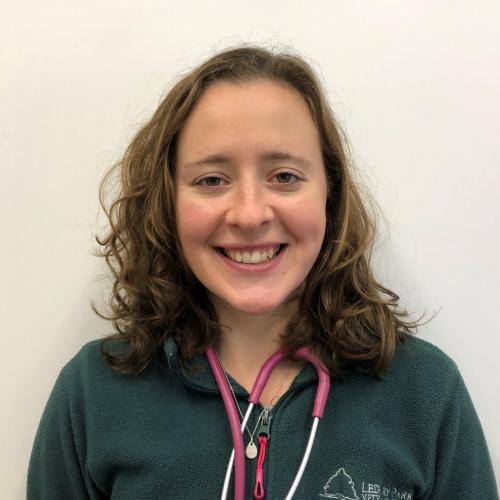 Having worked in Ledbury on and off since graduating Mike is a familiar face to many and mainly spends his time working as a large animal vet for Belmont Farm and Equine, sometimes seeing small animal clients as a locum vet at Ledbury Park Vet Centre. Outside of work he and his wife Beth enjoy any country pursuit which involves their black Labrador Pepper though most of their time is spent renovating their cottage on the outskirts of Ledbury. 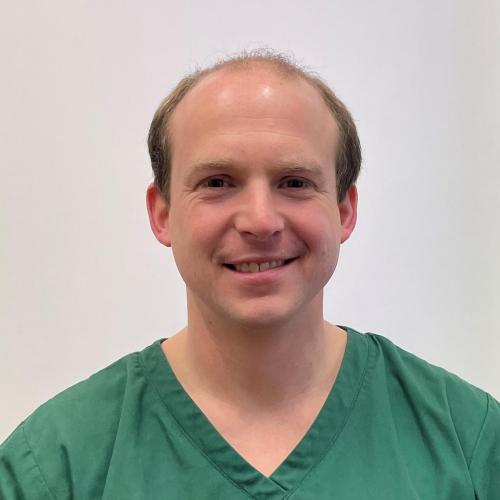 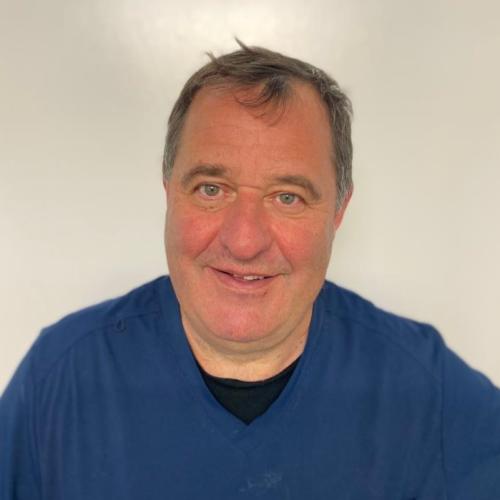 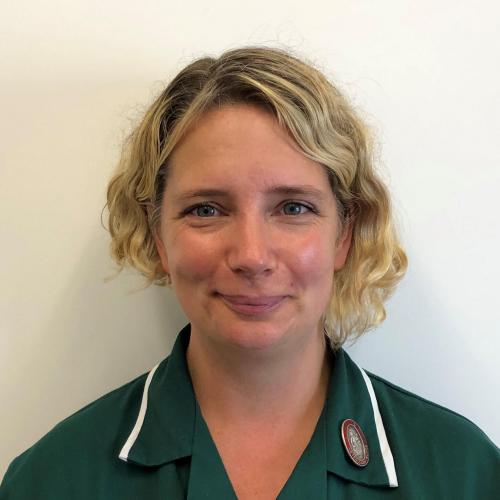 Since summer 2020 Zoe has been our Head Nurse and Clinical Coach. Her many years of experience working in the local area as an RVN have given her a wealth of experience and there’s not much that she hasn’t seen! There’s usually a gravy bone lurking in her pocket, ready to be sniffed out by her furry friends, and outside of work she enjoys beating on several local shoots with her spaniels Alfred and Rupert. Zoe also has a small collection of four cats which have all been acquired through work! 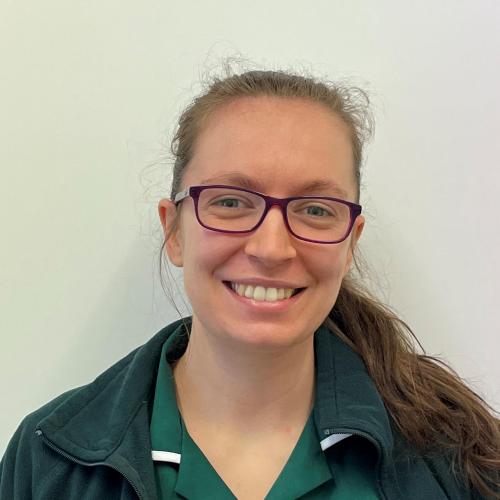 Nicola joined us in July 2017 as a part-time nursing assistant, and qualified as a Veterinary Nurse in 2020. She also has a degree in Animal Science as well as practical experience in a variety of animal related environments. When she's not working, Nicola enjoys netball, hockey, walking, reading and knitting. She lives in Hereford with her husband, daughter, two dogs and two cats. 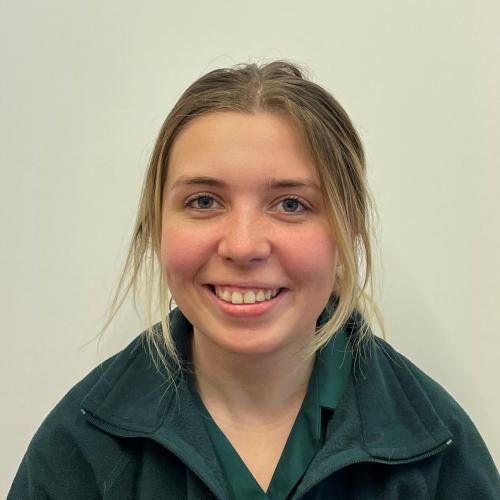 Gemma qualified as an RVN in 2017 from Hartpury College. She recently spent two years working in a mixed practice in Alberta, Canada, then moved to Herefordshire and joined Ledbury Park Vet Centre in early 2021. She is also a Clinical Coach, mentoring our student nurses. When she is not at work she enjoys walking her dogs, horse riding and spending time with friends. 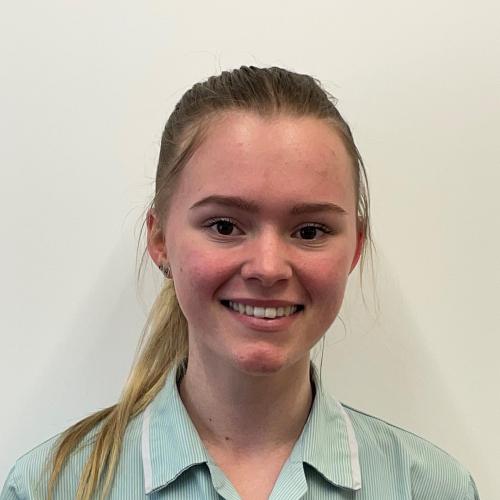 Steph joined our practice in September 2019 as a student Veterinary Nurse Assistant. As of August 2021, she has just passed the first year of veterinary nurse training at Abbeydale Vetlink College, where she will complete the RVN course. In her free time, Steph likes spending time with her dogs, Jasper and Bailey, and her friends. 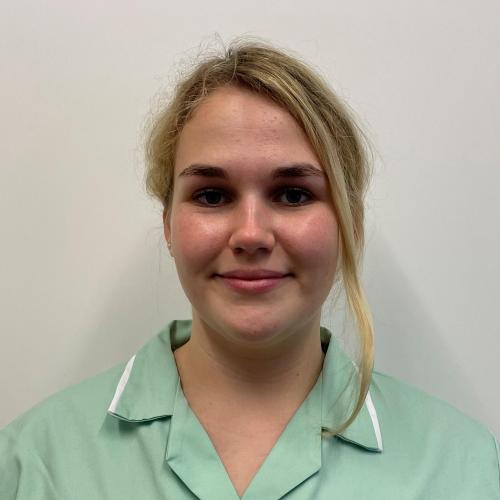 Sophie joined the practice in November 2020 as a nursing assistant. She has a degree in Animal Behaviour and Welfare along with practical experience in animal care based roles. Sophie has a large collection of pets including dogs, rabbits, guinea pigs and hamsters! Sophie has recently started her Veterinary Nurse training at Abbeydale Vetlink College. 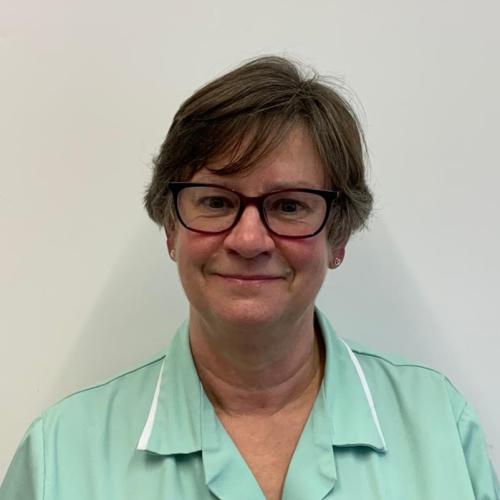 Louise joined the practice in 2021 as a Veterinary Nursing Assistant.  After a long career as an Engineer in the Royal Air Force, Louise retired to Ledbury with her husband Jim, who is a local postman.  She has retrained in Animal Care, gaining a qualification in Animal Care Skills at South Gloucestershire College.  She enjoys cooking and walking her rescue dog Phoebe.

Kate first worked at the practice as a nurse for nine years until 1999, re-joined us temporarily a few years later, then came back for more in June 2013! Kate is now part of our reception team, and also manages our Pet  Healthcare Plans and vaccination reminder system. She lives in Ledbury with her husband and two lively Border Terriers. 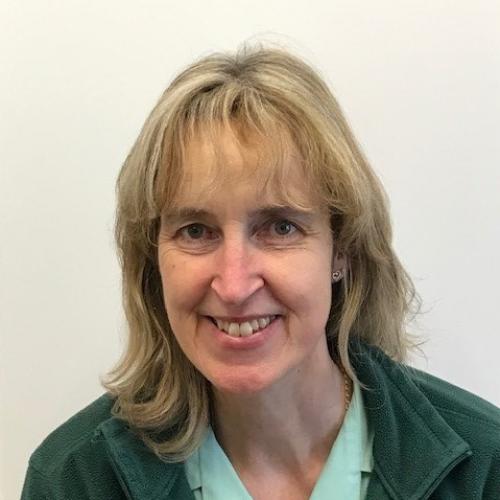 Jo is one of our receptionists, joining Ledbury Park Vet Centre with seven years as a veterinary receptionist under her belt already. She lives in Ledbury with her husband, two sons, dog Betty and cat Brian. Outside of work, Jo enjoys walking, cycling and gardening. She also collects vintage homewares so she loves carboots and charity shops! 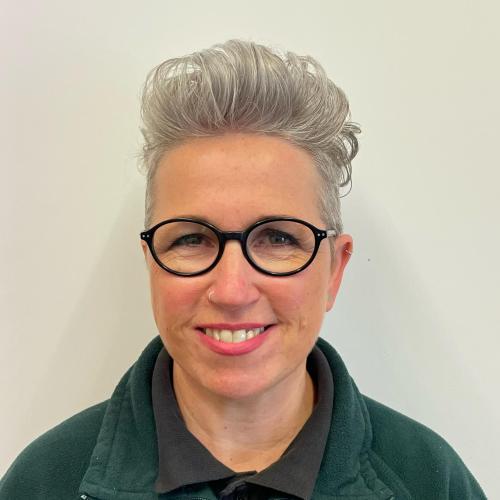 Claire joined the team at LPVC as a receptionist in April 2021, having previously worked as a receptionist at a GP surgery in Ledbury for 16 years. Outside work she enjoys walking and also running with the Ledbury Harriers. She loves animals and has had dogs all her life. She has worked, bred and shown Weimaraners for over 26 years, and has just welcomed a new puppy into her life. 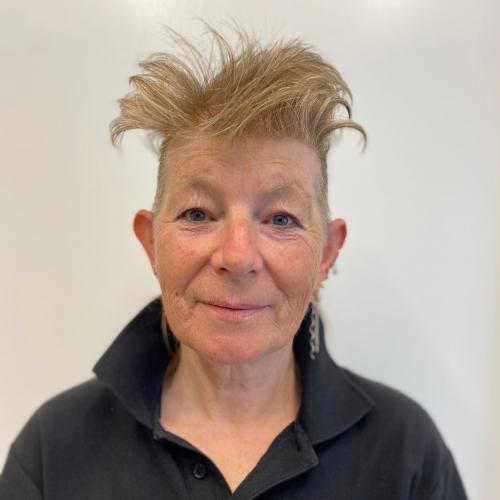 Lyn joined the team in February 2022. In her spare time she runs with the Ledbury Harriers, having started on the couch to 5K course five years ago. Lyn completed the London Marathon in October 2021! She lives in Ledbury with her husband and old English sheepdog Hattie, and also keeps rare breed chickens . . 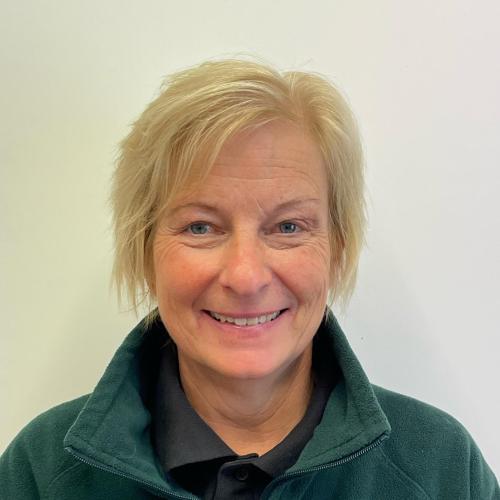 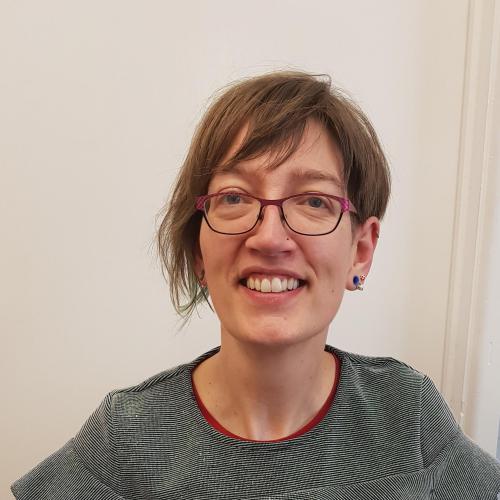 Helen is our Practice Manager. She began her veterinary nursing career in 1994 in a busy mixed practice in Solihull. She qualified from there and joined the team here in 1999. Helen now looks after the day to day management of the practice. She lives in Malvern with her husband, son and two cats.